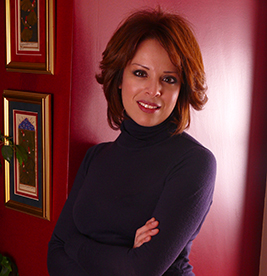 Ruya Taner, acknowledged as one of the Turkey´s new generation leading concert pianists and a steinway artist, is originally from Turkish Republic of North Cyprus. Her musical training began with her father, which followed studies at Ankara State Conservatoire with Mithat Fenmen and Tulga Cetiz.

At the age of 11, highly Gifted Children Act enabled Taner to gain a state scholarship to London, where she studied with Joan Havill at the Guildhall School of Music and Drama, gaining both degrees from AGSM and ARCM from The Royal College of Music and the rarely given Concert Recital Diploma.

Throughout her student years, she participated in many master classes including Pascal Devoyon (London) and Pascal Roge (Nice), after which she performed together at Bellapais Festival in Northern Cyprus. A prize winner of many national festivals around the United Kingdom, which include first prize at “National Mozart Piano Competition, Oxford and Hatfield“ festivals, in which she was praised by critics for her interpretation of Franz Liszt and later at her London Wigmore Hall debut recital.

Since her debut at The Wigmore Hall, she appeared at London’s St John s Smith Square, Fairfield Hall and major venues within the U.K. She has toured extensively over almost 70 countries in Europe, USA, Asia and the Gulf region, giving solo recitals, chamber music and concerto performances.

As well as furthering her solo career ,Taner has dedicated more time to chamber music, giving performances with the new generation soloist and two piano recitals with “ADAP” (Association for Artists United for Peace) musicians, of which she is a permanent member.

Her recordings of “Wigmore Hall Debut Recital” live in London and “Sweet Waters of Europe” recorded at the Rudolfinum in Prague, received much acclaim from the press and music lovers around the world.