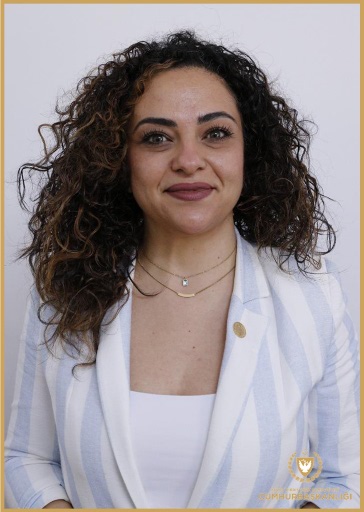 She was born in 1988 in Famagusta.She graduated from the International Relations Department at the Eastern Mediterranean University in 2009. She has an LL.M in Public International Law from the Utrecht University.

She was appointed as Foreign Affairs Specialist at the President’s Office in 2011.

She was a member of the Turkish Cypriot Negotiation Team between 2011-2015.

She prepared a comprehensive report on the isolation of the Turkish Cypriot People and examined weather there is any basis of such isolations in international law.

She took part in the Cyprus Conference in Crans-Montana.

She is the Senior Political Officer at the President’s Office since 2020.

She is married with one child.