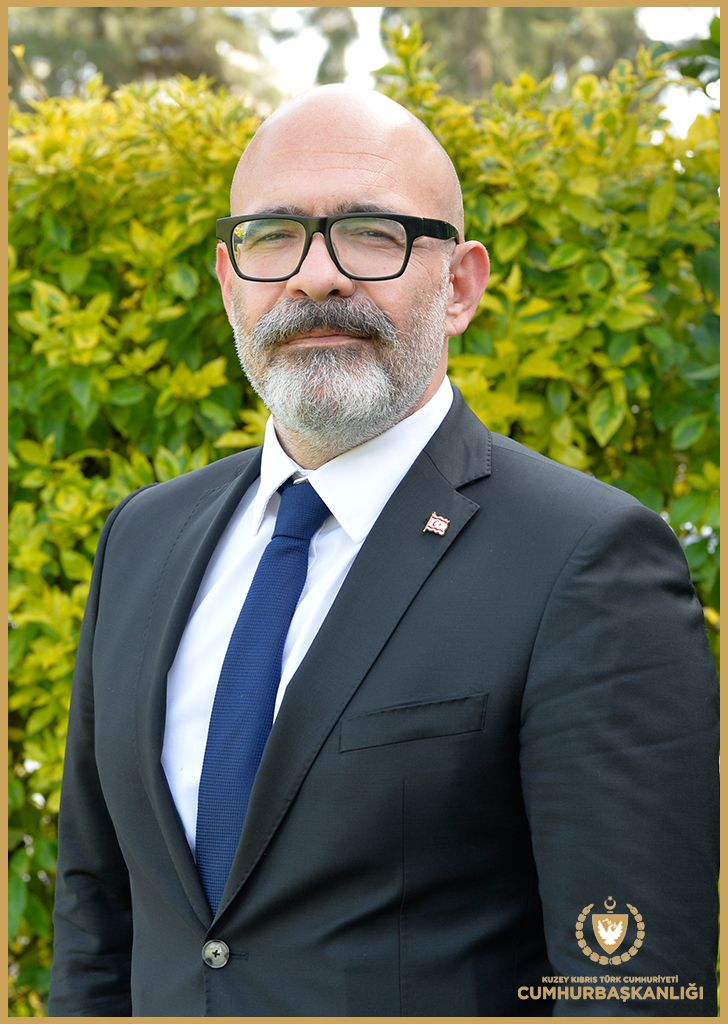 Born in 1974, following his studies in Türk Maarif College, Güneş Onar graduated from Boğaziçi University, Department of Political Science and International Relations. He worked as a reporter, news manager and editor in various media organisations. He started working in the Ministry of Foreign Affairs in 2003 as the Third Secretary. He took part in working groups and technical committees during the Annan Plan negotiation process. He participated in training programme at Pakistan Foreign Ministry Diplomatic Academy in 2004 for 3 months and in 2005, Turkish Ministry of Foreign Affairs for a period of 7 months. In 2006, he was assigned to the TRNC Washington Representation. Completing his term at the Washington Representation in April 2020, Onar returned to the Ministry of Foreign Affairs. In May 2010, he was assigned to the Presidential Negotiation Committee.  During his term of Office at the Presidency, he took part in Geneva, Greentree-1, Greentree-2, Leader’s Summits which were held under the supervision of the UN Secretary-General and in delegations that attended international platform, including cross-visits in Athens.  Onar was appointed as the Presidential Advisory and Political Affairs Director in 2013, and as the Deputy Prime Minister and Undersecretary of the Ministry of Foreign Affairs in 2018. Güneş Onar, whose duty of being the Undersecretary ended on January 11th, 2021, has been working as the Presidential Confidence Building Measures and Bilateral Technical Committees Coordinator since January 18th, 2021.

He is married and has two children.