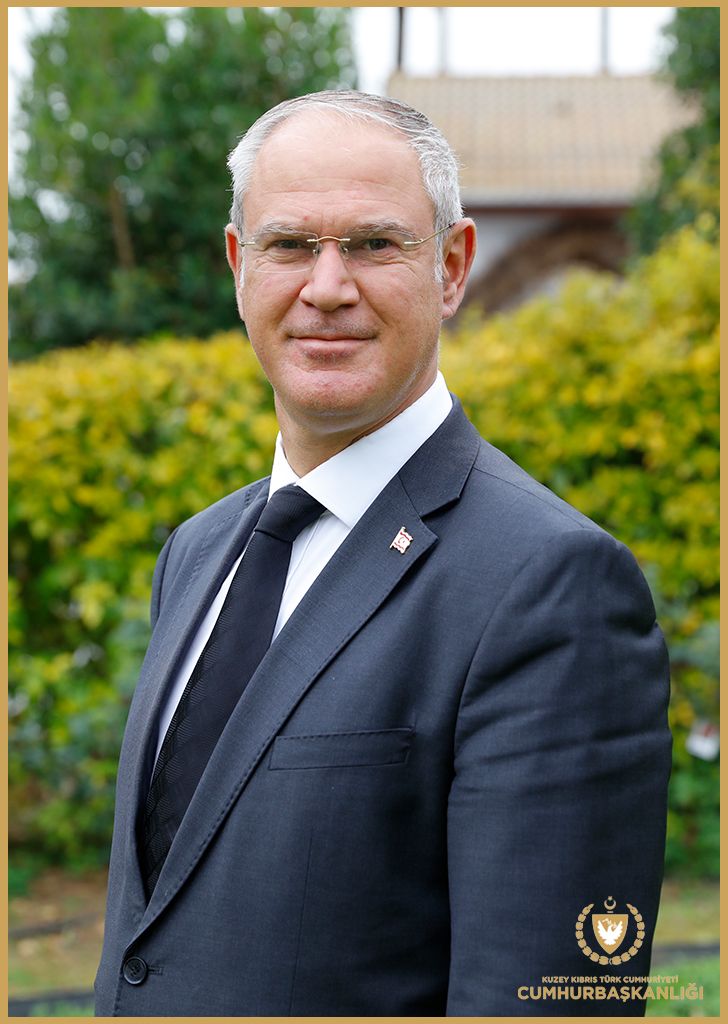 Member of Parliament and Senior Member of the Negotiating Team Adv. Oğuzhan Hasipoğlu

Born in Gazimağusa in on 9.9.1974. Graduated from Gazimağusa  Turkish Maarif College.
After graduating from İstanbul University Faculty of Law, he completed his master's degree on Maritime and International Private Law at Southampton University in the UK, in 1998.
1999-2001, practiced as a lawyer in İstanbul and registered with the İstanbul Bar Association. After Istanbul experience, he was registered with the Girne District Bar Association, and worked as an advocate at Hasipoğlu & Akbilen law firm.
He also served as a legal advisor to the Turkish Cypriot Football Federation and Cyprus Evkaf Foundation.
During the Cyprus negotiation process, he served in various positions:
2004: during the Annan Plan negotiation process, he was a technical committee member in Maritime Law.
2010-2015: He was a member of the Negotiating Team and Legal Advisor responsible for the six chapters
2011-2013: He was a member of the Presidency Property Commission and participated to the UN Meetings in Boston and Washington.
2011-2012: He participated in the Geneva, New York and Green Tree summits held under the auspices of the mission of good offices of the UN Secretary General
2017: He participated in the Cyprus negotiations in Geneva and Crans Montana cities of Switzerland as the National Unity Party (UBP) representative.
2016: He took part in the delegation and made a presentation in favour of UBP membership to the European Conservatives and Reformists Group.
He participated in monthly meetings of Turkish Cypriot and Greek Cypriot political parties, organised under the auspices of the Slovak Embassy inside the UN buffer zone, in relation to the Cyprus issue.
2018: He was elected as a Member of Parliament from Gazimağusa.
He served in the Court of Accounts Committee in the Assembly of the Republic and was a member of Parliamentary Ad hoc and Special Committees set up to Discuss and Draft Bills on European Union Harmonisation. He also served as the Chairman of the Committees on Legal, Political Affairs and Foreign Relations.
He is currently a member of the European Parliament delegation in foreign relations work of the Assembly of the Republic. He regularly travels to Brussels and Strasbourg for lobby activities on behalf of the TRNC assembly. He was member of the delegation representing the TRNC Assembly at the Inter-Parliamentary Union (PAB) meetings.
He also participated in the meetings of the Asian Parliamentary Assembly and Parliamentary Assembly of Turkic-Speaking Countries (TurkPA).
He prepared and made a presentation on behalf of the Turkish Cypriot Football Federation at the FIFA congress held in 2019 to lift the embargo on football field.
2019-2020: He undertook domestic and external lobbying efforts concerning the Maraş opening, and took part in the organisation of an international conference with the Bar Association of Turkey in order to determine a road map on Varosha. He also petitioned a letter on Maraş to the European Parliament Committee on Petitions. He prepared the Maraş opening report for the Prime Ministry in 2020. He currently heads the Maraş Opening Committee formed under the auspices of the Presidency.
After the elections on 18 October 2020, he was re-appointed to the Negotiating team.
He is married with three children.