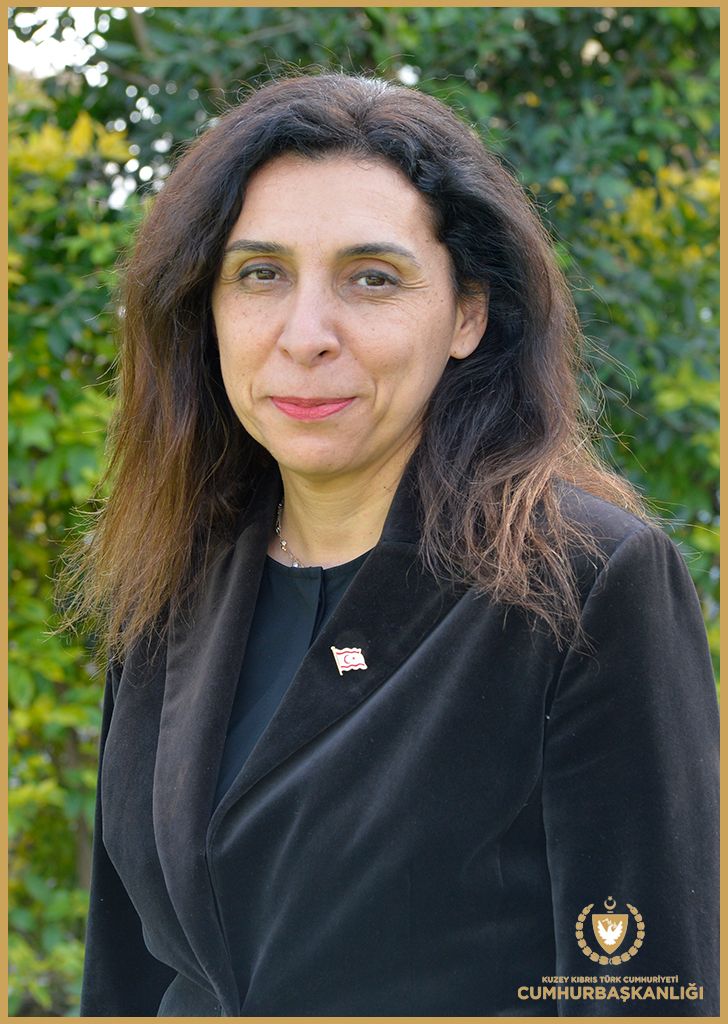 In 1995, she graduated from the University of Rochester (New York, USA) with majors in Political Science and in Economics. In 1998, she earned Juris Doctor degree from Albany Law School (New York, USA). Since 1999, she has been an attorney admitted to the Bars in the State of New York and the TRNC.

Since 1999, Ms Mehrübeoğlu has been teaching law in various Universities, and she has been acting as the Legal Adviser to the President since her appointment in 2001.

In this capacity, Ms Mehrübeoğlu has been a member of the Turkish Cypriot negotiating team. In addition to other duties, Ms Mehrübeoğlu participates in cases pending before the European Court of Human Rights, and attends human rights meetings of the Council of Europe concerning the TRNC. Overseeing litigation in foreign jurisdictions that may have an impact on the legal aspects of the Cyprus issue is amongst her responsibilities.

Ms Mehrübeoğlu is married and has three children.